Your Guide to The Best Locum Tenens Malpractice Insurance for Surgeons 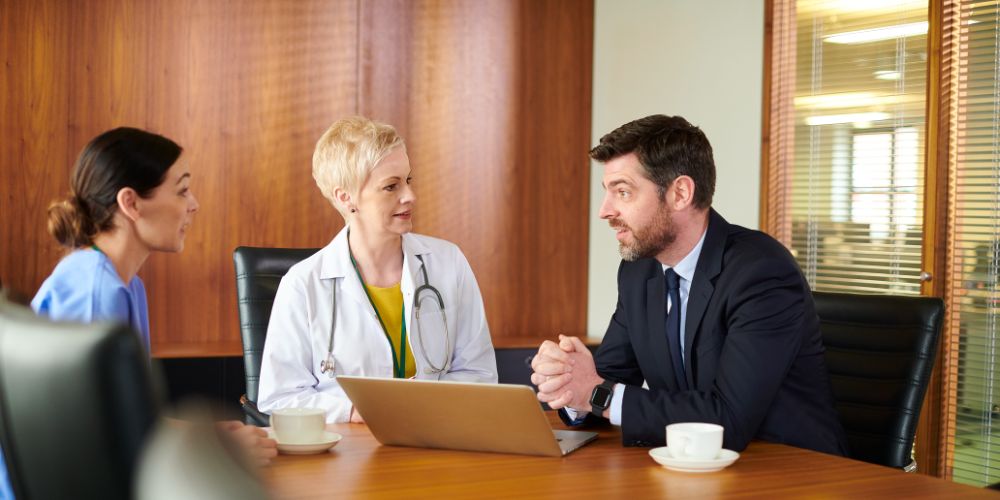 A malpractice claim can be a major issue – no matter what type of Physician you are or the nature of your practice. Whether you are working in private practice or on a locum tenens assignment, you need a medical malpractice insurance policy.

It would be best to look at multiple policy options when researching locum tenens malpractice coverage. According to an American Medical Association survey, 34% of Physicians in the U.S. have dealt with a malpractice claim.Without a policy, these malpractice claims can cost more than $30,000.

Physicians in certain medical practices and specialties like Surgeons and Gynecologists/Obstetricians are more than five times as likely to be sued than other Physicians.

What Is Malpractice Coverage?

Malpractice coverage is sometimes described as medical liability insurance or “Med Mal.” This insurance provides an attorney if needed.

Why Is Malpractice Insurance Important For Surgeons working in Locum Tenens Roles?

Locum tenens malpractice coverage can provide an insurance policy to Physicians, Surgeons, Nurses Practitioners, Physician Assistants, and CRNAs. Malpractice insurance is vital for those that work locum tenens jobs either directly with hospitals or other healthcare facilities for a variety of reasons, including:

However, it is important to note that there are instances when the malpractice policy will not cover locum tenens providers. For example, if the error was not just a mistake and is viewed as causing intentional harm to the person under the claim.

Regardless of what insurance company you work with to get locum tenens malpractice insurance, there are typically two basic policy options:

Claims-made policies cover claims that result from services provided during the period the policy is active. In this policy, it’s possible to purchase extended reporting coverage known as a “tail policy” added to your original policy.

The tail coverage, also known as extended coverage, ensures continued coverage for a specified period even after a policy has ended or when you cancel a claims-made policy. Tail coverage also includes malpractice coverage in termination, retirement, disability, or death.

An occurrence policy provides lifetime coverage to Surgeons for specific claims that occur while the policy is in effect, irrespective of when the suit was filed. This includes incidents when the policy has expired or been canceled. An occurrence policy is typically more expensive than a claims-made policy with tail coverage. Still, the coverage limit remains the same as long as the Physician working in a locum tenens position physician has an active policy. One vital thing to remember is that it is crucial to ensure the amount the insurance company will cover is enough before signing the contract.

How Do Physicians in Locum Tenens Positions Obtain Malpractice Insurance?

Now that the basics of locum tenens malpractice insurance have been laid out, you may wonder how exactly a Physician working in a locum tenens position should shop for it.

Additionally, a locum tenens agency can answer critical questions, helping you make the right decision. You will get answers to questions such as:

When Physicians decide to work with a reputable locum tenens agency, one of the significant advantages is that their compensation package will often include malpractice insurance coverage at no extra charge or effort from the Physician.

What Is The Cost Of Locum Tenens Malpractice Insurance?

The actual cost of medical malpractice insurance for Surgeons that do locum tenens work depends on factors such as:

Many standard policies for Physicians in locum tenens roles last 12 months, but some carriers offer six-month policies. Many states use the standard limits of $1 million/$3 million for their insurance policy, which translates to $1 million per claim paid by the insurer, with maximum coverage of three claims at $3 million.

On average, medical malpractice insurance for healthcare professionals costs between $4,000 and $12,000 annually. Higher-risk specialties like surgical specialties and OBGYNs should expect to pay higher premiums due to the increased risk of litigation related to their specialties. For instance, Surgeons tend to pay as high as $30,000 to $50,000 in annual premiums.

If you are struggling to find the right malpractice insurance and the best providers, contact the insurance experts at Health Carousel Locum Tenens to find the appropriate schedule, cost, and coverage that fits your needs!